By Chris Rochelle (with John Birdsall), published on Friday, April 25, 2014

John: A few years back, Tim and Summer Parsons of Maui started homeschooling their three kids. Their edible education curriculum called for expanding the garden on their half-acre plot. “Everybody chose what they wanted to grow, and one of the things was jalapeños,” Tim Parsons says. They grew really well, those jalapeños—insanely well. The Parsons had so many they began turning them into hot sauce.

Adoboloco, the company that grew out of those educational jalapeños, is now a real thing. It’s gone from home growing lesson to teaching the kids about running and expanding a business. The Parsons still either grow their sauce chiles or raise the seeds to contract out to Maui farmers—besides jalapeños, they cultivate Thai and Hawaiian chiles, habaneros, ghost peppers, and Trinidad scorpions. All three Parsons kids (now ages 10, 13, and 17) play an active role, whether it’s picking chiles, labeling, or packing up orders. Adoboloco’s six flavors are on the shelves of retailers (including Whole Foods) in Hawaii, on local restaurant tables, and in the mail (a Kickstarter last year funded shipping boxes, a crucial part of selling to the North American mainland; you can order through the Parsons’s site).

Tim Parsons saw our March story on Lisa Murphy, the woman making barrel-aged Sriracha in Northern California. He said he’d like us to try his sauces, and sent us all six. Now, we get solicitations like this all the time, but something about Adoboloco grabbed our attention (Parsons, who’s also a designer, did the eye-catching rooster label). Photographer Chris Rochelle, CHOW’s resident hot sauce expert, loved them. Adoboloco is his current hot sauce of choice. Chris?

Chris: So, when we got the Adoboloco salsas I started off dabbing my finger on the spout of the Pineapple, which is mellow and slightly smoky. By the time I worked through all six bottles, finishing with the Hamajang, a smoked ghost pepper sauce, I was sweating, but I wasn’t running for milk. The flavors beamed, but didn’t overwhelm with heat: I haven’t had a new hot sauce get me this excited for quite some time. I sat down with a single burrito and sauced away, from mild to hot, scratching down my thoughts as I ate: 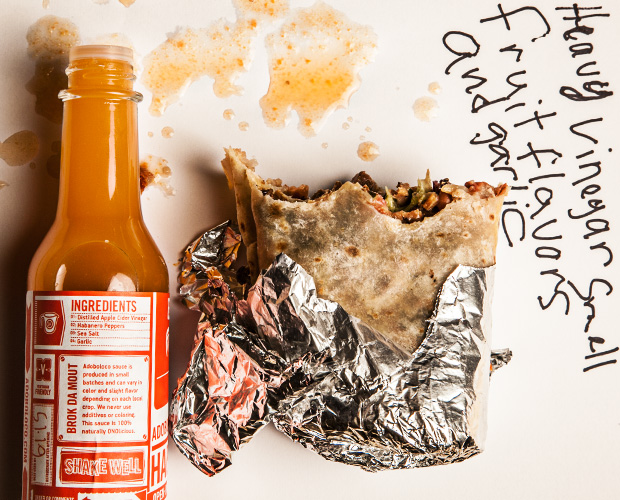 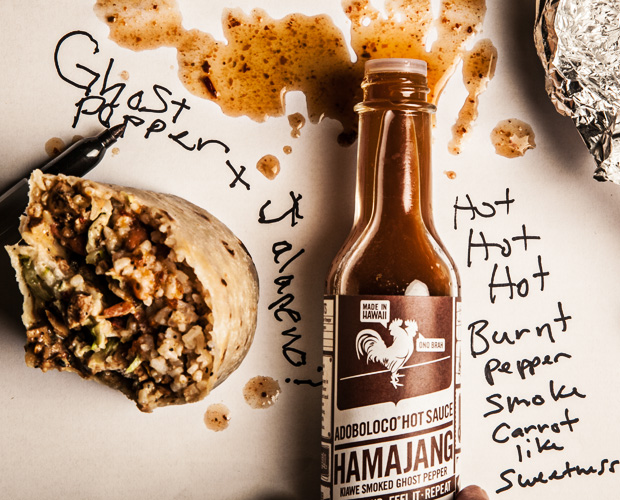 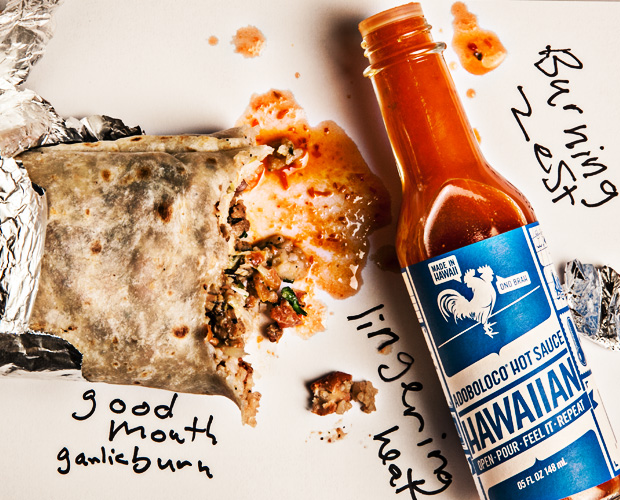 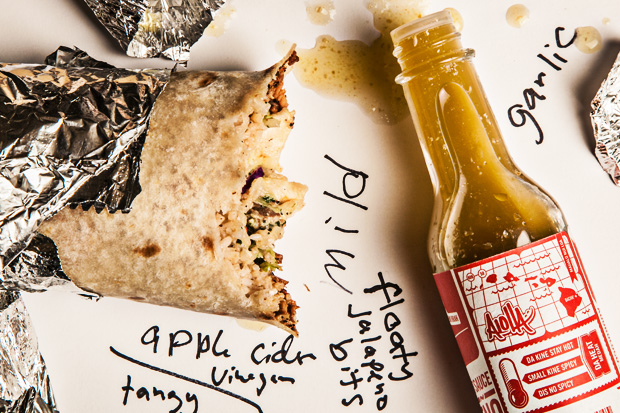 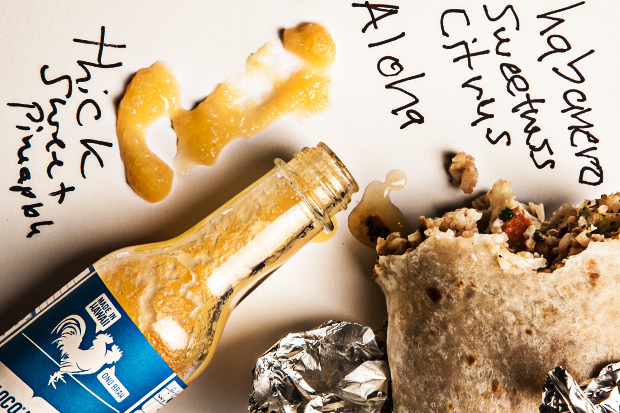 The hands-down winner here: the Hamajang. This is one of the best hot sauces I’ve ever tasted. Thanks, Adoboloco. Keep up the good work, Parsons kids.